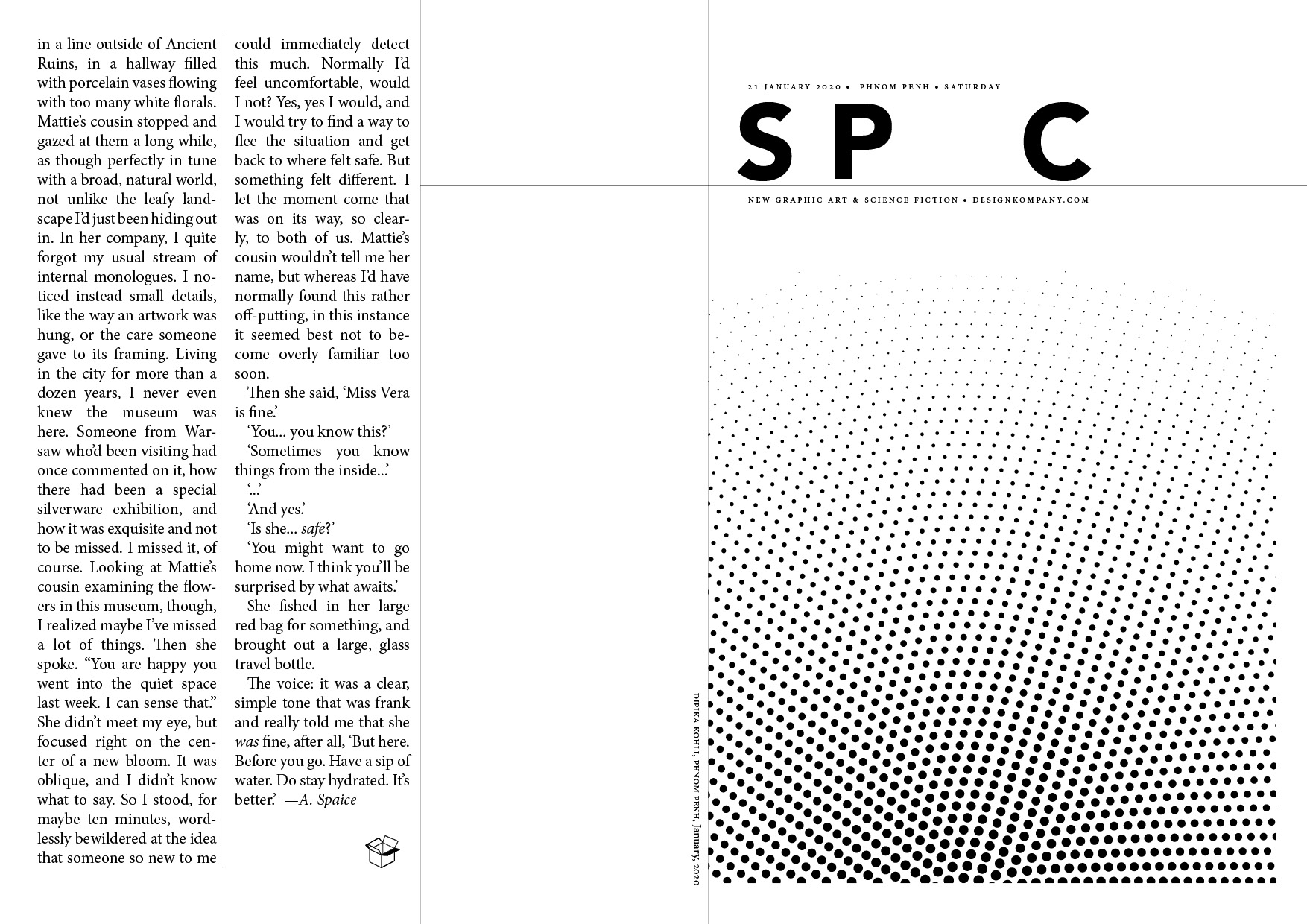 The lead story is a science fiction one, from a series that’s been going for about five issues now. The series is called ‘Uncertainty,’ which is one of my favorite beats to explore. Though lately, it’s been more about… Time. Time and its things… More to say, sometime.

Took a little while, to get there.

But we’re getting there, now.

‘We’ is a very small subset of people whom I’ve been talking to over the years in the different internet channels, gathering and connecting and learning and sharing.

I’m sharing all the zines over at Design Kompany’s site. The chapbooks at Kismuth. And some other things, in other places, too. More soon. I’m doing well with it, all of it, and feeling good.