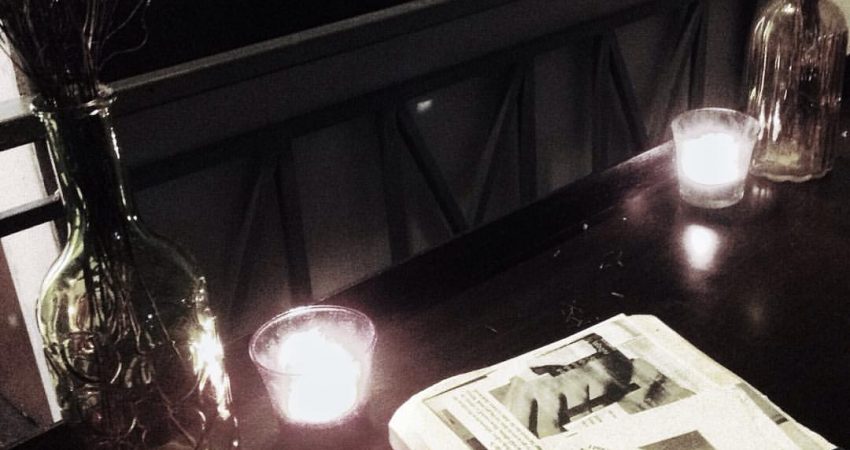 Probably my favorite party of 2015, this was the afterparty for ‘N’ Bangkok: NOW. A few of us decided to get together again, and I chose jazZ happens since I love jazz. And happenigs. And so I did a live collage during the session that evening that we did this. And we got togehter, just four of us, one was a passerby on teh street form the Pacific Northwest who was like, ‘What are you doing?’ And I said, ‘Live collaging. Join us!’ And he did. This is the kind of jam sessio tha tinvites the playful, and the new, to walk into hte frame and make something. Whatever it is, it is. Some of the funnest parts were separating the evening’s moments from first floor (pictured below the second image) window collage and the second floor, mini-installation. Which was the Book of Blue itself. You could flip through it, read the bits, and it was made out of a found French novel that was half broken, lying on the dirt road in Kampot. I was told later that it is a very dark story. Still, we brightened it up, with colorful magazine pieces and drawings, gluing and stuff, right into it. Later, I re-worked the Book of Blue, into another installation, a popup in Singapore.