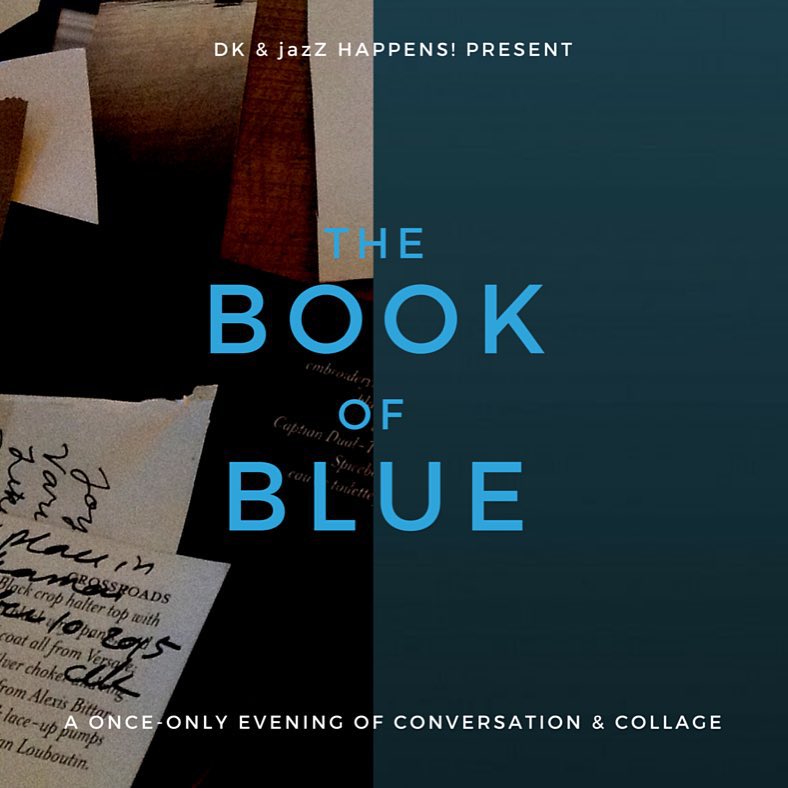 An art show within a jazz show.

I’d been playing around with drawings at jazz shows for a series, The Book of Songs, that’s been going since the 1990s when I discovered Smalls.

So whenever I’m at a jazz club now I bring my pens. Including the one where ink splattered all over and I got kind of crazy weird looks, but not really, because, maybe, they might have thought, it was my ‘fashion statement,’ or something. Anyway, this was a great night at a club in Bangkok, which let me try something different. A collage. Live collage. And in a group. It worked, in a way.

The people walking by asked me, ‘What is this?!’ One even joined us. The power of the moment, of being there. Trying stuff.

That was cool. What I learned that night came int the form of the setup, which came from the owner, which was simple and direct: Let’s just try it, he said. ‘Let’s let it roll.’I liked this. It stuck. Much has rolled on, ever since.